People in Europe contemplating whether to supply their homes with solar energy ask themselves one question above all others: “Is it worth the investment?” Around 7,000 kilometers to the south, it is an entirely different debate that takes place. That is because when people talk about solar energy in Africa, they are talking about more than just profitability. It is a question of poverty or progress.

We can scarcely imagine everyday life without a sufficient electricity supply. We take having functioning lights and electronic devices at any time of the day for granted.

But in many places on the African continent, for example, electricity is still not freely available. It is estimated that there are more than 600 million people there who are still living without electricity. Remote regions in particular are not connected to the utility grid. These people need to fetch wood and make a fire to prepare a cooked meal – something that is simply inconceivable in our Western world.

This doesn’t just reduce the time they have available for education or work. Some places have just a few hours of electricity a day, which is produced by diesel generators. The harmful substances these emit are damaging not only to the environment, but also to people’s health. But there are initiatives that have recognized this problem and are helping to give people access to affordable and clean electricity. Electricity from solar energy could be a solution, but someone has to shoulder the investment costs. Sonnenallee has taken a look at three different projects.

Advocates of more electricity in Africa

The Solar Electric Light Fund (SELF) is one of the world’s leading NGOs that are engineering and implementing solar-energy-based solutions for some of the poorest people in the world who live without any access at all to electricity. They have made it their mission to give people living in energy poverty a helping hand with their economic, educational, health and agricultural development. Since 1990, SELF has implemented projects in over 20 countries where solar energy has been used to provide healthcare, telemedicine, online learning and small business development. Sustainable development aid is particularly close to the organisation’s heart: numerous pilot projects have helped to establish a business model that could be self-sustained in communities over the long term, one that would eventually pave the way for the commercialization of solar electrification of homes in the developing world.

Commercialisation as an opportunity

Azuri PayGo Energy is also bringing solar energy to Africa. Like SELF, they too want to help people to help themselves. Clean sources of energy such as solar and wind power are often unaffordable in rural Africa. A typical farmer there earns around USD 2–3 per day and on average spends USD 2–4 per week on fuel to power the lights and to charge telephones. With so little to spare after all his other living costs, he would barely be able to afford even a simple solar system costing US$70. Azuri is therefore transforming the prohibitive up-front costs of renewable energy using a combination of mobile and solar technology in a pay-as-you-go model.

Here’s how it works: After paying a small one-off installation fee for the Solar Home System, the user buys a scratch card or uses a mobile money service to top up the device. This top-up costs as much as 50 percent less than the current weekly budget for fuel and phone charging. These regular payments are used to pay back the costs of the solar system and, after 18 months, the customer assumes full ownership of the system and can use the renewable energy it produces at no further cost. 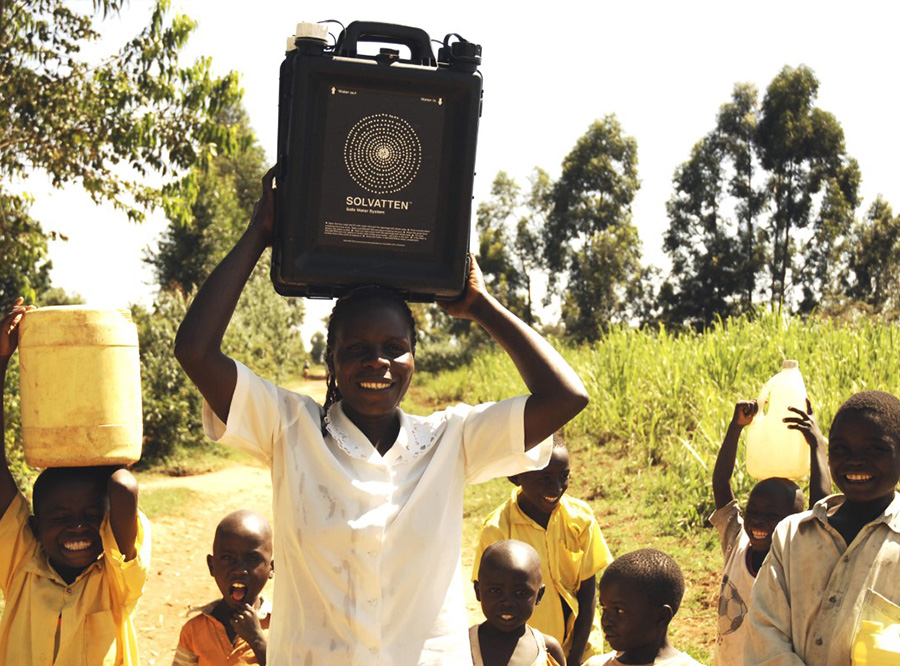 © Solvatten®
Left: The "Solvatten Solar Safe Water System", which uses the sun to clean and heat the water in containers. Below: Since 1990 the "Solar Electric Light Fund" has implemented projects in more than 20 countries. 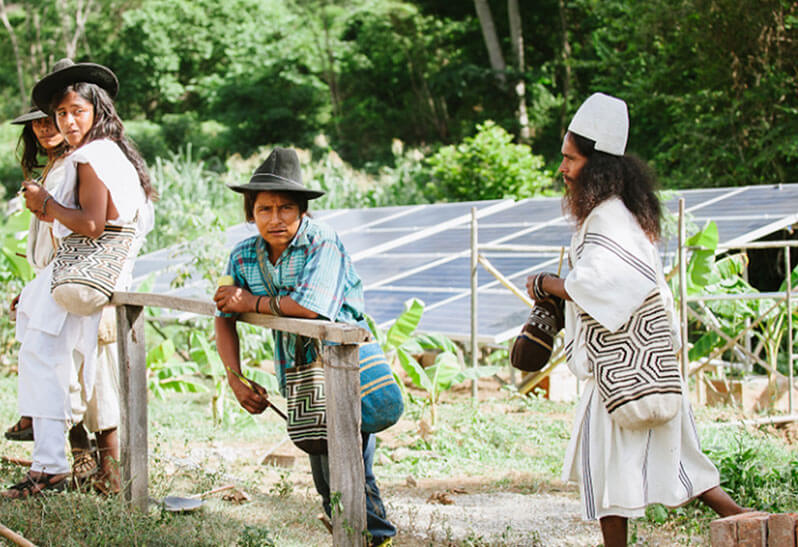 SELF, Azuri Energy and Solvatten have one thing in common in that they are all trying to tackle one of the root causes keeping people in Africa and all over the world in poverty. Addressing the problem of these people’s energy poverty not only improves health and productivity, but also saves time and money, which is ultimately what is required to break them out of the vicious circle of poverty.