Digitalization brings both risks and opportunities in terms of climate change. On the one hand there is rising energy consumption, but on the other, there is the savings potential it offers. In view of its rapid growth, it is high time to put digitalization on a sustainable footing. But that is not so easy, because the data situation is anything but clear.

There is no question that digitalization makes our lives much more convenient. We communicate globally with each other through innumerable channels, have movies on demand in our living rooms, have smart homes and factories. Technological development races ahead of us. Every year and a half our tablets and smartphones reach the end of their useful life and are replaced by the latest model – the sales are gigantic. Statista forecasts smartphone sales of 1.42 billion units for 2021. According to the data platform, annual sales total $522 billion. By comparison, for 2019, Statista estimates the worldwide new registration of passenger cars at around 75 million.

The downside of convenience and short service life is a constantly rising energy demand and the associated ever-higher greenhouse gas emissions. Added to this are overexploitation of nature and forced labor in the extraction of raw materials, especially in politically unstable countries like the Democratic Republic of the Congo. In Ghana, on the other hand, containers full of European devices that are no longer up-to-date or for which it is “not worthwhile” to replace batteries or displays are illegally dumped on the Agbogbloshie waste dump. The locals also call the landfill Sodom, because it is permanently covered in highly toxic clouds of smoke. In order to access usable raw materials, devices and monitors are simply broken open and components are openly incinerated, leading to high levels of pollutants in the air, soil and water.

However, digitalization also holds considerable potential for reducing greenhouse gas emissions, partially through binding concessions by manufacturers and a change in end-user behavior, and partially through digital process optimization in various sectors. The Federal Government intends to issue guidelines to ensure that digitalization is swiftly put on a sustainable footing. To this end, it has currently drawn up an agenda that is particularly intended to hold providers of information and communication technology accountable. Meanwhile, Germany’s digital association Bundesverband Informationswirtschaft, Telekommunikation und neue Medien, Bitkom, underlines in a recent study the need to press ahead with digitalization to exploit savings potential in other sectors.

EU should create a framework for action

In early March 2020, Minister of the Environment, Nature Conservation and Nuclear Safety Svenja Schulze presented her “Digital Agenda for the Environment.” She warned that without corresponding guidelines, the globally increasing consumption of data would become an “accelerant for climate change” and would be on par with global automotive traffic in terms of greenhouse gas emissions by 2025. The Digital Agenda is a pioneering project within the EU, but Schulze also wants to push the agenda on a European level. A total of four packages of measures are planned:

Some specific measures of the Digital Agenda for the Environment

Incidentally, according to a user survey by Statista in February 2020, only 16 percent of users in Germany have their smartphone for more than 24 months.

In its recent short study “Climate protection through digital technologies – opportunities and risks,” Bitkom has taken a closer look at the climate impact of digitalization. By comparing several studies, an attempt was made to find out how the greenhouse gas emissions caused by digital information communication technology (ICT) are proportionally distributed between production, operation and infrastructure. In addition, potential savings were examined that could be exploited by digital technologies. The authors conclude that digitalization in Germany could reduce CO2 emissions by 37 percent by 2030.

Overview of the results:

Global potential
According to the Bitkom study, the greatest climate potential of digitalization is seen in the sectors of energy (electricity and heat), buildings, mobility and transport, followed by agriculture and industry. Consistent digitalization is expected to reduce GHG emissions by up to 20 percent worldwide. However, the authors admit that the scientific scenarios diverged in this regard.

Potentials in Germany
In Germany, the study sees the highest savings potential in industrial production and the building sector, followed by the transport and energy sectors. In 2030, digital technologies and solutions could save up to 290 megatons of CO2 equivalent In comparison with a GHG reference scenario from 2009, the authors arrive at a value of about 37 percent of projected GHG emissions in 2030.

Further information in the press release and the study 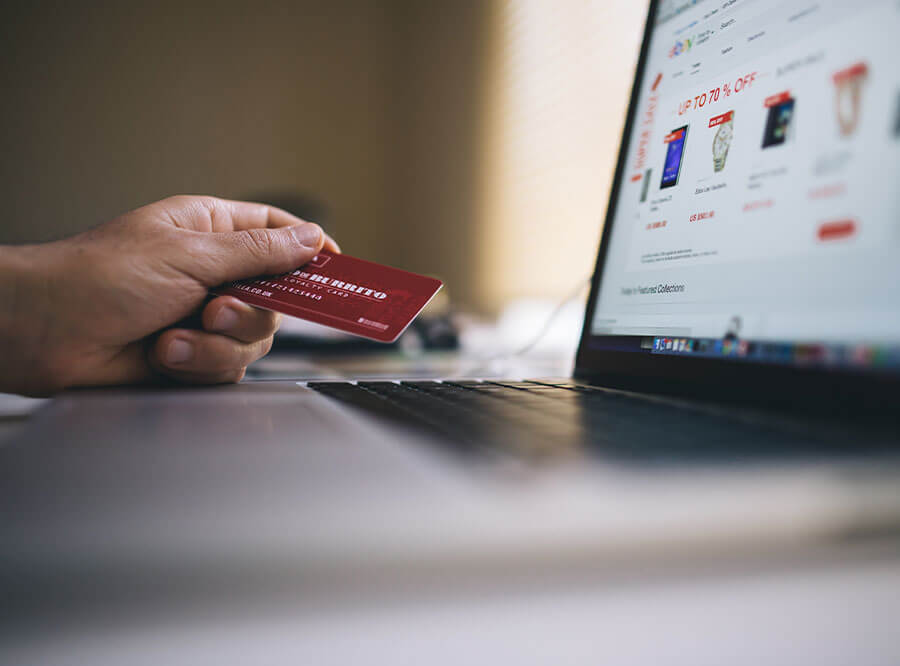 According to the Bitkom study, 1.8 to 3.2 percent of global emissions of greenhouse gases are attributable to the manufacture and operation of digital devices and infrastructures. To make online shopping more environmentally friendly, search portals should take environmental aspects into consideration in their rankings.

The Federal Government thus wants to make savings for ICT providers and consumers; the Bitkom study particularly sees savings potential in sectors such as industry, buildings and transport. Clearly, consumption and emissions are much higher there than in the ICT sector with its 1.8 percent to 3 percent. But all in all, the study has an aftertaste. Therefore, the criticality of ICT raw materials is not addressed because the studies evaluated in the short study did not address it. Consumer behavior, as a “great unknown,” is also not considered more closely. Nevertheless, it is clearly emphasized graphically –“about 90 percent of GHG emissions from data centers arise in the usage phase” and “about 90 percent of GHG emissions from telecommunications networks arise in the usage phase.” That may be true – it’s obvious, after all. After all, a car consumes no fuel and causes no CO2 emissions when it is parked in a garage. Does this mean that the automotive industry is well out of the emissions debate? Hardly. On closer inspection of the study, skepticism may well arise with regard to the savings potential presented.

However, politicians will have to ensure greater transparency, as the data situation is highly vague. This is also stated by the authors of the Bitkom study. Various forecasts indicate consumption margins that seem plausible to the authors. For data centers (worldwide), for example, a consumption range of 200 to 1,000 terawatt hours with emission values between 200–250 megatons of CO2 equivalent in 2020 is given. As previously mentioned, the Federal Environment Agency also does not yet have any reliable data on computer centers. Until this is clear, it will be difficult to make reliable comparisons of potential savings.

The Bitkom study does not provide a summarized forecast for consumption for devices either. The studies cited in the Bitkom study forecast worldwide values for 2030 of 33 to 30,715 terawatt hours, depending on whether production and devices such as loudspeakers and televisions are included.

All in all, there is a lot of data discrepancy in the field of digitalization so far. Consumption and emission values can only be estimated very roughly, both by politicians and Bitkom. It will be a good thing if the new Digital Agenda changes that. This will allow politicians and digital associations across Europe to work to make digitalization more sustainable in itself, while at the same time increasing its use where it can help reduce greenhouse gas emissions.

For consumers, however, the matter is actually clear and relatively simple: consume less overall. Do more sports instead of streaming or playing video games, don’t use 4k for videos unnecessarily, use green electricity and buy durable products that have been sustainably produced. This will allow everyone, regardless of the data situation, to make a contribution to sustainable digitalization.

If the energy transition is to succeed and GHG emissions are to be reduced, energy consumption must be massively reduced, in all sectors. And this will not be achieved by everyone passing the buck, but only through transparent, responsible collaboration between politics, business and consumers.