Most people associate NASA solely with space exploration. Giant rockets, huge clouds of steam and cheering crowds – images like these have been burned into the collective memory, especially with the Apollo missions in the 1960s and 1970s. Now aerospace has come back into the spotlight once more, ever since private companies such as SpaceX have been conquering the skies and causing a media sensation with their activities. But one of NASA’s core functions often gets overlooked amid all the razzmatazz, and that is its role as a geoscientific research institute with a mission to study the Earth.

Somewhere between megalomania and down-to-earth pragmatism

Admittedly, faraway planets and the search for alien life forms are awe-inspiring prospects. But experts such as German astronaut Alexander Gerst endeavor to repeatedly stress the fact that aerospace can help make our lives on Earth better – be it through obtaining different physical conditions for experiments or simply getting a better view from above. During his stays on the ISS, Gerst regularly posted images on his Twitter feed of different locations on planet Earth, which amazed and shocked users all at the same time.

These photos, all shot within a few seconds of each other during #Horizons, show why there are no two identical photos of our planet from orbit. Mother Earth changes her face constantly… #archive pic.twitter.com/7X2NHXTzfI

But what passes as entertainment for people who are quickly scrolling through tweets is actually, behind the scenes, valuable research. Since the middle of last century, satellites equipped with cameras and other measuring instruments have been circling the Earth to document any visible changes. With its “Images of Change” project, NASA is now putting this footage online as a series of before and after images.
The more than 200 images show change over periods ranging from decades to days, and serve to emphasize the fragility of the Earth. Whether the changes relate to natural disasters or the progress of civilization, hardly any of the images show the planet looking as it once did. But does change always have to be something negative? The following three examples provide some food for thought.

Colorful activity on the Mekong River

Off-hand, one might think that blue-green water is healthier than brown water. But, as the case of the Mekong River demonstrates, that is a misconception. This body of water, which stretches from China all the way to the southern coast of Laos, is Southeast Asia’s lifeline and one of the longest rivers on the planet. Over time, the Mekong River has become blue-green and crystal-clear in places, which is the result of an interplay of different factors.

The Mekong River Commission reports that the river is being loaded with increasingly fewer sediments along its entire length. This can be attributed to both ever-decreasing levels of precipitation and the large number of flow-reducing dams and hydroelectric power plants, which filter sediments out of the water. This also removes nutrients from the river, promoting the growth of algae and thereby killing fish. This initially affected just some of the arms of the river, but over time the entire Mekong River has turned blue-green.

This example provides convincing proof that even sustainable energy sources such as hydropower can have drastic environmental repercussions if they do not undergo comprehensive and long-term planning. 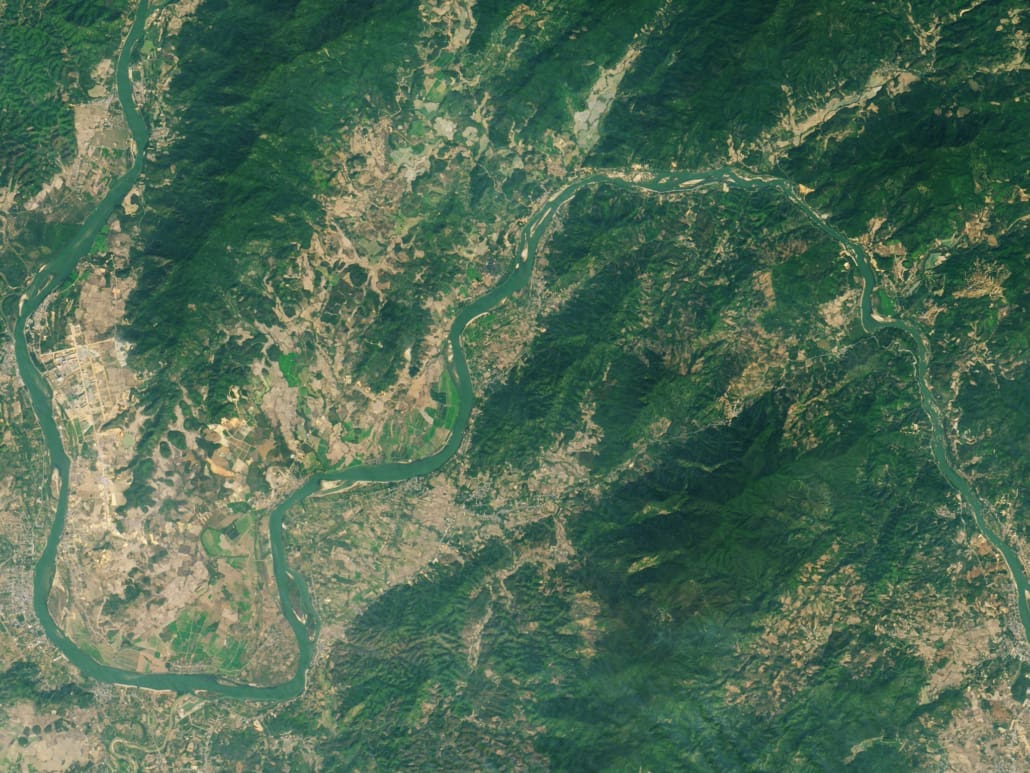 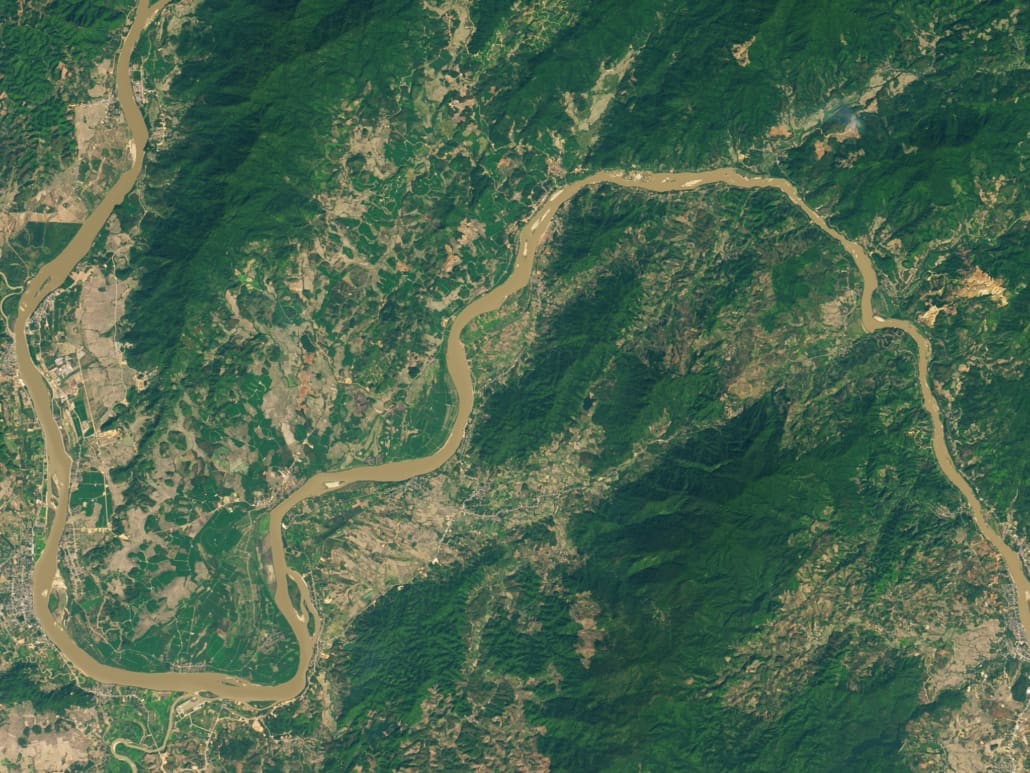 Shanghai running out of space

Even by Asian standards, Shanghai is a metropolitan city of superlatives. The city so popular with tourists particularly for its striking skyline is today home to an estimated 23 million people. Even its land area of over 6,300 km² is impressive. But it was not always like this.

NASA images show that urbanization in 1984 significantly curtailed the area surrounding the Huangpu River. Looks can be deceptive, as even back then Shanghai is estimated to have had six million inhabitants. However, it is difficult to determine the exact figures due to the high percentage of migrant workers with precarious living arrangements. Over time, population growth has also led to urban expansion in Shanghai – and not just on the mainland.

While the dramatic reduction in forests toward inland areas could be described as an almost normal trend, what is happening in coastal areas is astonishing. The coastal islands of Changxing and Hengsha have not only become more densely populated, but they have also been artificially enlarged, which is a major intervention into the region’s geology and marine biology. 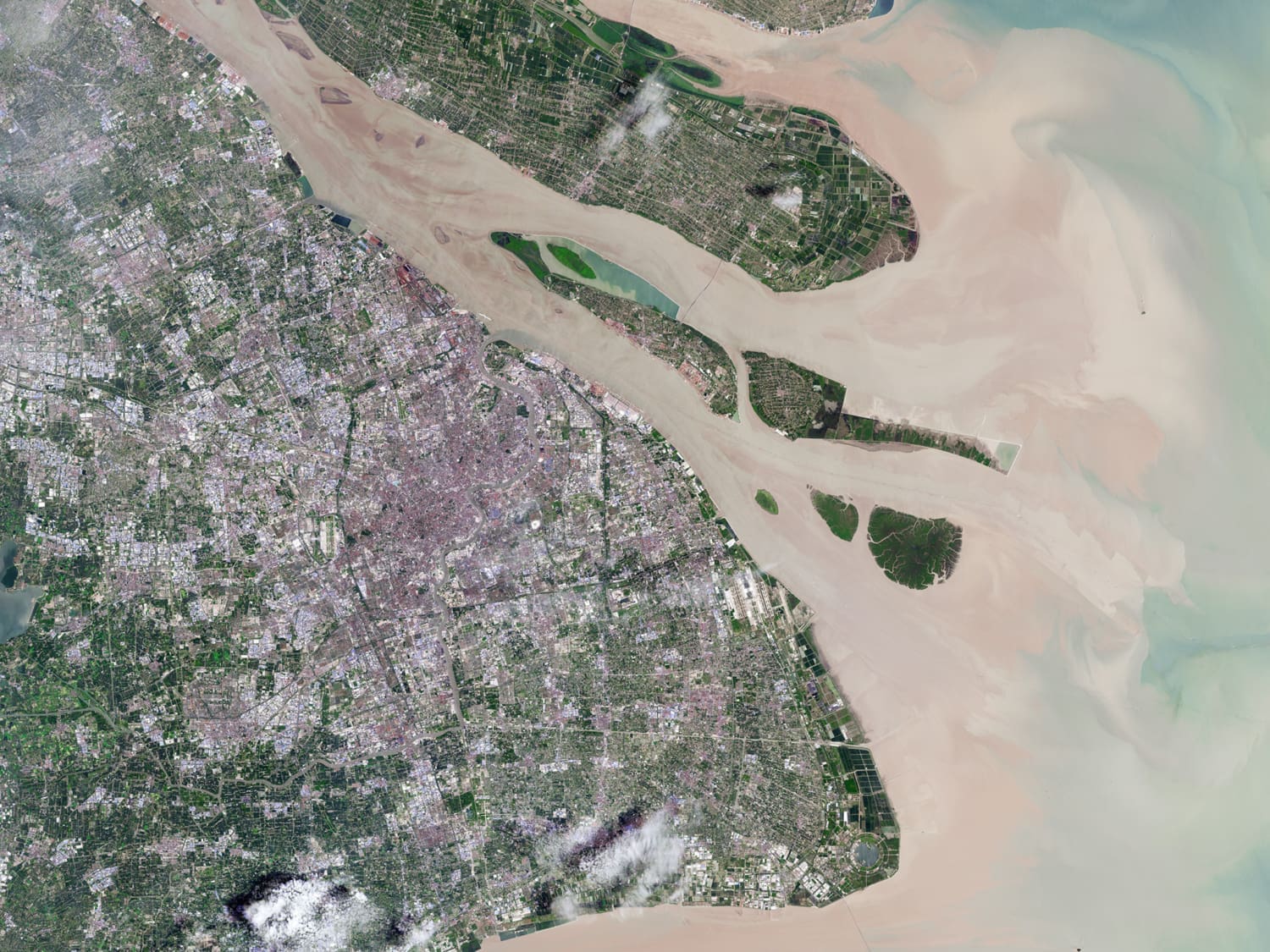 A hotspot in the Arctic

The melting ice in the Arctic is one of the classic examples of climate change. You could catch yourself taking the images of helpless polar bears on broken-off slabs of ice for granted – but the consequences of melting ice caps are being observed not just directly in the Arctic, but all over the world.

The water released in the process is starting to cause a gradual rise in sea levels. In 2018, a group of researchers at the University of Colorado estimated that sea levels could rise by 65 cm between now and 2100. More pessimistic projections even put the figure at around 1.5 m. It doesn’t sound like much, but it would result in catastrophic flooding in many regions of the world or even inundate them completely, and this could produce millions of climate refugees.

Looking at the NASA images, the greatest declines in ice levels can be seen not only on the large sheet of ice at the North Pole, but also between the numerous Canadian islands that stretch up to the Greenlandic coast. The ice there has already disappeared completely in places. You don’t have to be a scientist to understand the drastic meaning behind these images. 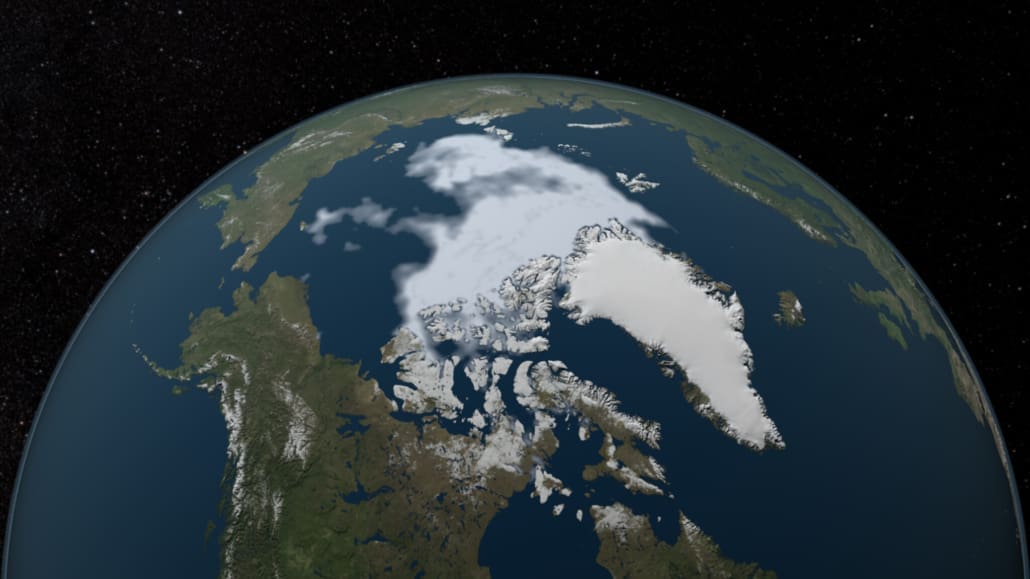 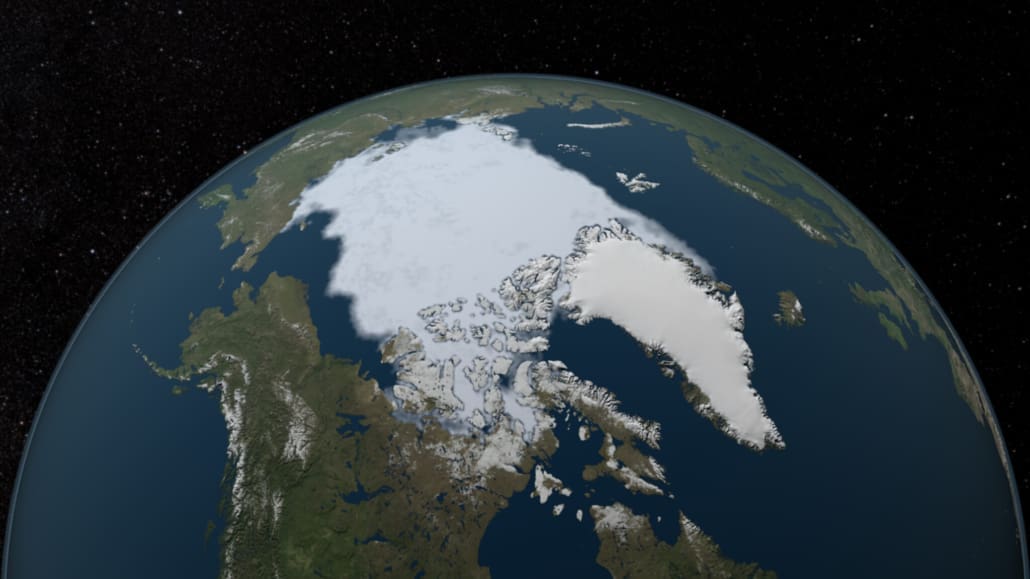 Change as a fact of life

These three out of the total of 200 images taken over the course of NASA’s “Images of Change” project provide clear evidence of the changes that have already taken place on planet Earth. Many of them are entirely man-made, and others are caused at least in part by our actions. Despite major technological progress, natural disasters seem to be the last unpredictable opponents standing that could turn everything on its head in an instant.

But we cannot whitewash the truth that in mere decades, humanity and its growth-driven economy have caused some irreparable damage and set even more alarming trends in motion. This means that even more in-depth debates rethinking the sustainability of all economic activities will have to be had in the future to ensure that change does not lead to further devastation.

Shanghai, California or the Arctic. All before and after images of the series “Images of change” here.