The first part of our article described the starting position in relation to “climate-neutral construction” and the prerequisites for net zero homes It is possible to run a new single-family home in a climate-neutral way. On average, the additional costs compared with a new home built according to the current efficiency standard are recouped after 10 to 15 years. Things get exciting when climate neutrality is applied not only to operating the building, but also to the emissions from all of the construction activity.

Fit for 2050 – Building without a negative effect on the climate

With a truly climate-neutral building, the “gray energy” required for mining raw materials, producing building materials, transport and construction must later be mathematically offset in real terms. Wolfgang Stumpf from the Department for Building and Environment at the Danube University Krems names reducing energy requirements, using power and heat from renewable energies and feeding power and waste heat into the utility grid as key adjusting elements.

Another factor is sharing climate-friendly power via a microgrid: “Here you pass surplus energy from your photovoltaic system on to your neighbors without putting a strain on the transmission grid. The producer receives a credit note. To this end, both parties need a smart meter, and there needs to be a purchase agreement and the legal possibility to make this deal. The Renewable Energy Expansion Act (Erneuerbare-Ausbau-Gesetz – EAG) that is to enter into force before the end of 2021 will make it far easier in Austria to share self-generated power or power that is produced privately or in a commercial enterprise, and also waste heat, with consumers.”

Because it is difficult to compensate for emissions over decades with a conventional building, even if much more renewable energy is produced than its occupants consume, the construction should be climate-friendly to begin with. As a home-builder with a limited budget, it is good to be familiar with the wide range of optimization options – and to opt for a combination that is suitable for you.

Due to the lack of regulations and incentives for truly climate-friendly building, it’s purely a question of knowledge and conscience when it comes to making one’s new home a reality. 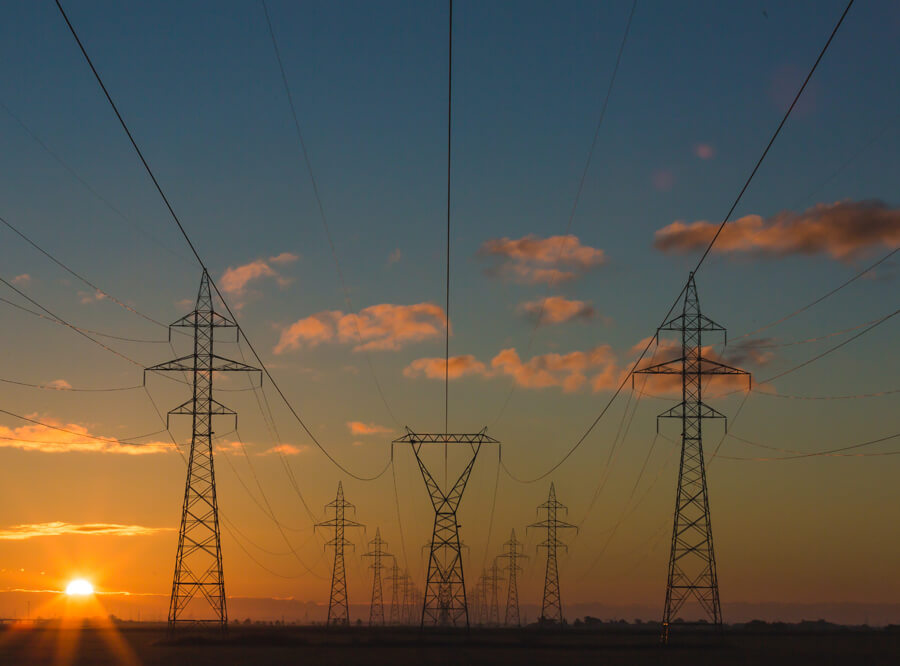 Use of electricity and heat from renewable energy sources. 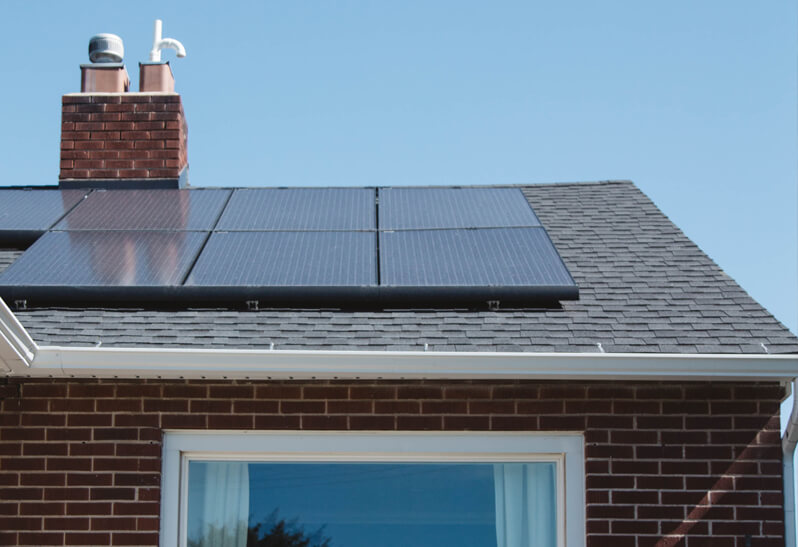 Time factor: “We anticipate that it will take one hundred years for CO2 previously released into the atmosphere to be reduced once more,” said Stumpf. “So we should ensure that a house is used for a hundred years. Our Gründerzeit houses here in Vienna are now a hundred years old. That means they have now offset the emissions from production and construction. The only bad thing is if they are operated with energy from fossil fuels.”

Mobility factor: The location of a newly built house is a major factor in its carbon footprint. Is it well served by local public transport? Is the supermarket within walking or cycling distance? For truly climate-neutral living, these greenhouse gases emitted as a result of personal mobility also need to be factored in. 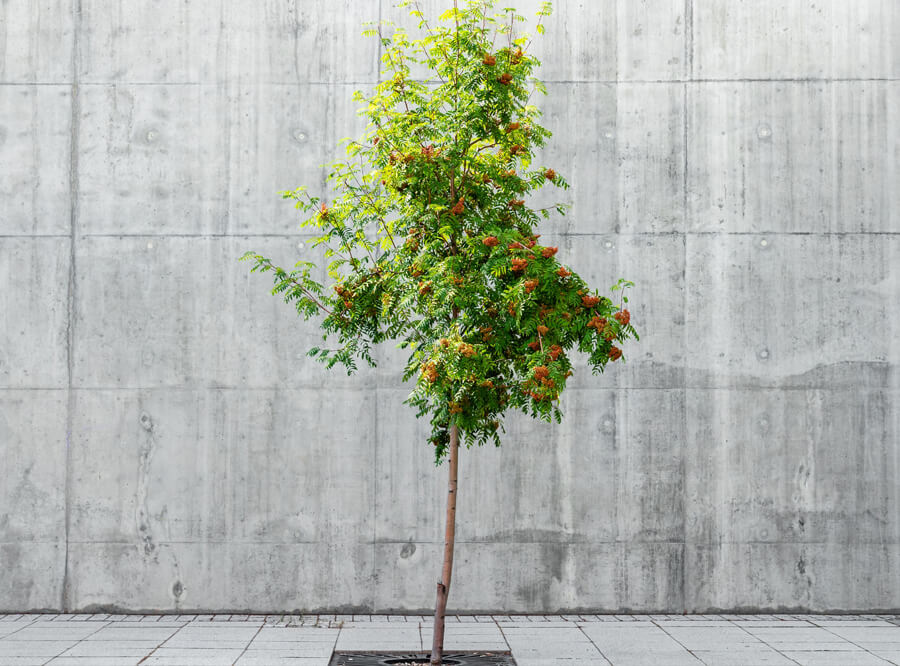 „We can build as efficiently as we want, every human activity consumes resources and has emissions consequences.“ 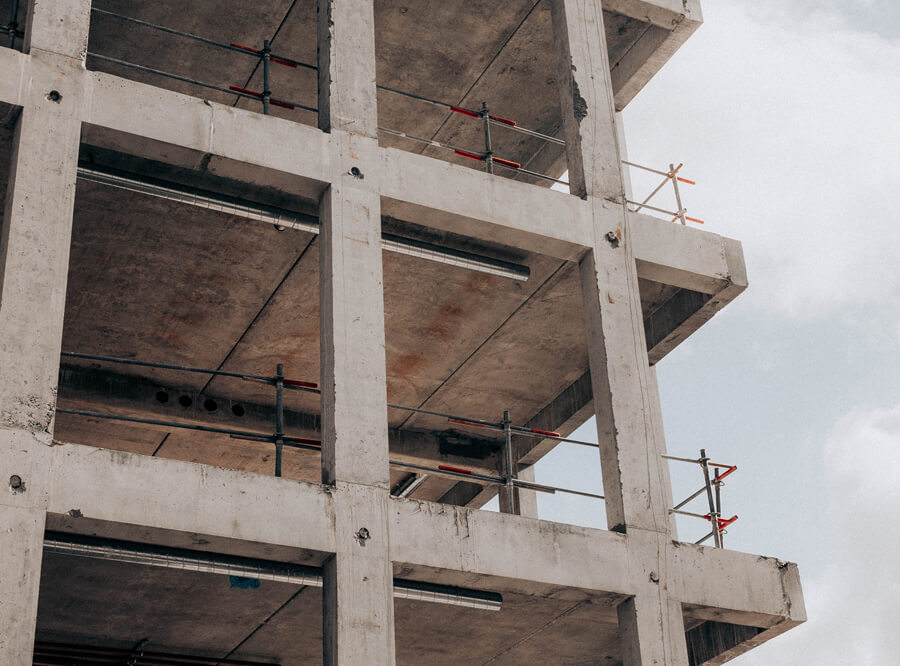 Another watchword in the current international discourse is sufficiency: “We can build as efficiently as we want to. Every human activity uses up resources and has consequences in terms of emissions. So first of all, I ask myself: do I really need to build from scratch?” said Joost Hartwig.

If the answer is yes, the next question is: how much is appropriate? “People who build from scratch – I see this in my private life too – mostly go to their limit and try to cover every eventuality. One, two, three children with their own bedroom, a study, a granny flat. That very quickly leads to houses of 160 or 170 square meters. Then after 15 years perhaps they are just living there as a couple, or there is a separation and one person is living alone in a 160 m2 house. And the others who move out, they have not disappeared. They need housing space too. If I build a single-family home that is 20 percent smaller, then that is a giant lever that costs me nothing first of all, and with a good architect, nobody will notice that the house is smaller.”

Thinking about later usage scenarios when planning the load-bearing walls does not cost anything either and reduces the need for laborious modifications later. Taking the Vienna Gründerzeit houses as an example, Stumpf said, “It is interesting that the basic structure of these houses is multipurpose. What was once conceived as a residential building is used for a law office, practice or administrative office – and it works too.”

At an operational level, Hartwig recommends including passive systems wherever possible, which means nothing that consumes energy itself. Structural solutions such as using the ceilings as thermal storage systems take priority over complex domestic technology. After all, the power to operate it also needs to be generated first. This poses the question of what I (not the assumed average occupant) perceive as comfort. Thus, according to Jörg Finkbeiner, the Black Forest timber house designed by the Partner & Partner architectural firm, which specializes in cradle to cradle, works wonderfully without ventilation. “That is low-tech comfort.” 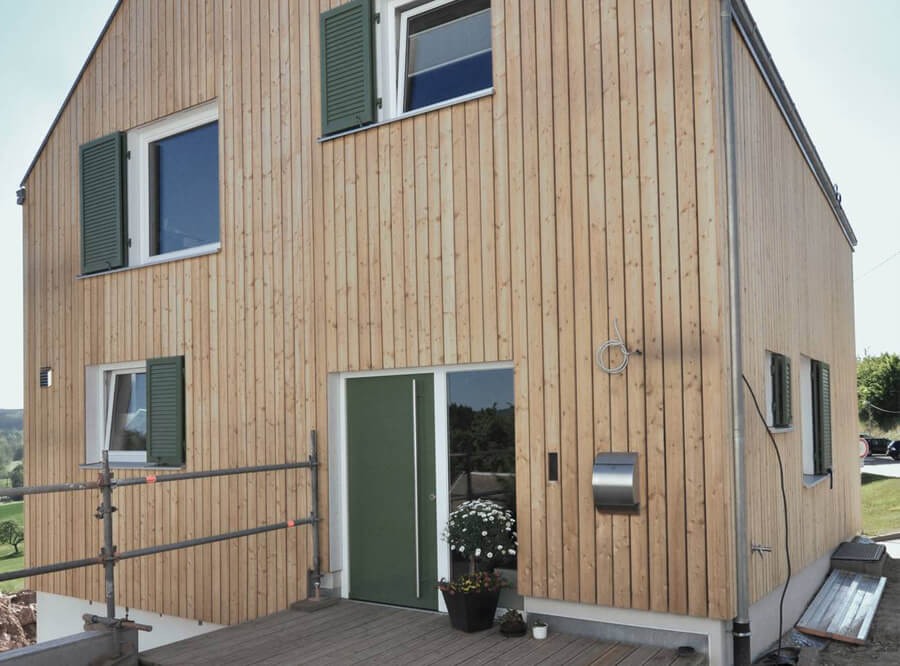 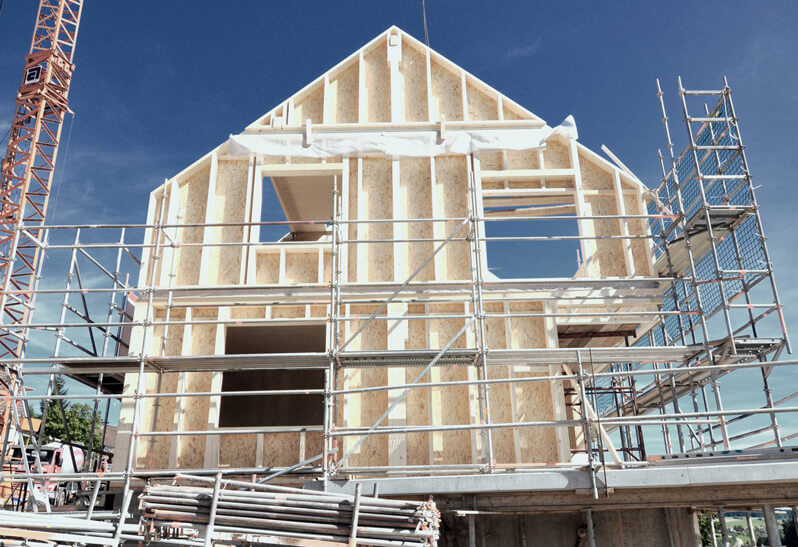 “We are big fans of renovating existing structures,” said Hartwig. “That means looking around for a building structure that I can continue to use. If I modernize it, I can save a lot of CO2 that is tied up in the primary structure – meaning the load-bearing structure, the walls and ceilings, by extending its use.”

“I would maintain that in most existing buildings, you can achieve spatial qualities that are at least as good as a newbuild. Of course, I cannot order that from a catalog and need a little bit of imagination or a planner to help me with it.”

“Certainly, there could be some nasty surprises in store for me, which puts a lot of people off. Every tradesperson that comes in ums and ahs and sucks their teeth at first. Then the impulse is often to say, “Let’s tear it down – then we’ll know what we’ve got.” Of course, from an ecological perspective, that is a total disaster.”

“For everything that I build from scratch or enhance, renewable raw materials are the first choice,” said Hartwig. “Timber is already a carbon sink in itself, because the tree absorbed CO2while it was growing.” This makes it a positive influence on the eco-balance.

If, however, large quantities of greenhouse gases are released elsewhere when the insulation required to comply with local efficiency standards is produced, that is a naive fallacy from a global perspective. That should be clear to everyone, even without a detailed eco-balance. The hemp produced in the neighboring federal state and clay extracted in the region are far better in every respect. “Unfortunately,” said Hartwig regretfully, “there is no federal incentive to use timber or the like.”

Surprisingly, timber is used a lot in prefabricated buildings. “There, the pressure is on to ensure that production is cost-effective”, explained “As a result, many of the manufacturers build timber structures because they can prefabricate them well.” In this respect, mass production is actually a positive lever for the climate here. The German Sustainable Building Council (DGNB) has issued series certifications for a large number of prefabricated house products – some of them even achieve the DGNB silver, gold or platinum standard. So, prefabricated houses are better than their reputation.

Of course, somebody who is building a house is not going to want to think about its ending. However, doing precisely this is a key moment in relation to the climate. Dismantling, removal from site and disposal of building materials also produce greenhouse gases. Recyclable building components and materials, on the other hand, have the effect of balancing emissions because the CO2 that is bound up within them stays where it is. “For example, you could remove the roof structure and use it for a new house,” said Stumpf. Or on a smaller scale: “Unlike the conventional floating screed, dry screed made from construction boards allows water and heating pipes to be separated from the floor during demolition or renovation.”

Incidentally, a model home that can be dismantled – from the façade to the water tap – is currently being built in a project at TU Dresden supported by the research initiative Zukunft Bau (Future of Construction).

“If something is no longer suitable and I need to carry out a partial demolition, I consider reusing it. Maybe I can reuse things as building materials or components. I mean, don’t just simply take everything to the dump or bury it,” said Hartwig.

Of course, building entire houses out of recyclable material would be ideal for the climate. However, because obtaining approval for recycling building materials and especially entire structural elements is a huge challenge, there have previously been only a few case studies and experts such as Ute Dechantsreiter. She is an initiator of the building components exchanges in Germany and conducts research on the reuse of building components and the circular economy in the construction industry.

“As a final step, if there are still CO2 emissions remaining despite all compensation measures, there is the option of obtaining legitimate certificates,” stated Stumpf. Here, compensation is achieved by saving CO2 elsewhere. “For example, through planting trees to bring about reforestation or the conversion of a Central American oil-fired power station to wind energy.”

All the measures that contribute to improving the carbon footprint by other means still remain. Façade greening or vertical gardening, a green roof on your outbuilding or annex, rainwater treatment, a permaculture garden on your doorstep – entirely according to your personal preferences.

Ultimately, building a house offers endless opportunities for helping the climate. The knowledge, technologies and building materials are all in place. From generating your own energy to compensating for all emissions, every step is a step in the right direction. That is something else that will contribute to meeting the climate targets.

The path to CO2-neutral homes 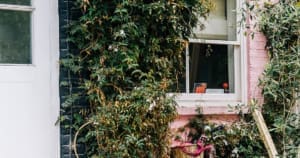