Right now we are seeing how vulnerable our globally networked world really is. The current coronavirus pandemic is hitting the economy full on with a force that few could have imagined. This shows how much the economy depends on globally networked supply and logistics chains. For years, scientists have been attempting to set out the impact that such events could have on our economic order. For instance, a report by the United Nations (UN) looks at how climate change could shut down aspects of our economic system.

Imagine the following scenario: Suppliers in Asia are hit by flooding, so they are unable to deliver parts to the production companies that depend on them. As many companies today are increasingly dependent on globally networked supply and logistics chains, in turn this would mean that maybe IT or car factories in Europe or North America grind to a halt.

Scenarios such as these are described in the Fifth Assessment Report by the UN’s Intergovernmental Panel on Climate Change (IPCC). The IPCC analyzes how climate change could affect labor and employment in the long term. Even if the specific implications are hard to forecast – experts at the IPCC agree that climate change will affect labor and employment in the long term. Because if, as forecasted, the average world temperature rises by between 2.6 and 4.8 degrees and sea levels rise by almost a meter, this could trigger a chain reaction of grave consequences.

Extreme weather events are also becoming more common as global warming continues. Some sectors of the economy are being hit especially hard. Water shortages and extreme weather can affect agriculture, the energy supply and industrial production in addition to disrupting transport infrastructures.  According to the IPCC, this could even affect areas where the impact is not immediately apparent. Mining, for instance, could be severely affected. Water shortages and water pollution could force the closure of mines because large quantities of water, a valuable resource, are needed to extract mineral resources.

And industries that are not as obviously dependent on an intact ecosystem will struggle with the consequences of climate change in the future as well. Germany had a bitter taste of this in the summer of 2018, when the level of the Rhine got so low that companies such as BASF in Ludwigshafen had to cut back their production because barges were able to navigate the river only with reduced payloads. Freight rates – the costs of transport – rose as well.

The need for a functional infrastructure is also so pressing because many companies have scaled back their on-hand inventories and now use just-in-time production approaches. Experts expect that such events will become more common all over the world as aridity advances. As the implications can vary greatly from region to region, the IPCC has outlined the biggest threats to different regions of the world.

In Europe, for example, the probability of systemic disruption affecting a large number of sectors increases as climate change accelerates, according to the Assessment Report. In particular, more frequent and more severe heat waves in the south of Europe could affect agriculture and forestry, the energy supply, tourism and workers’ health and productivity throughout the economy. 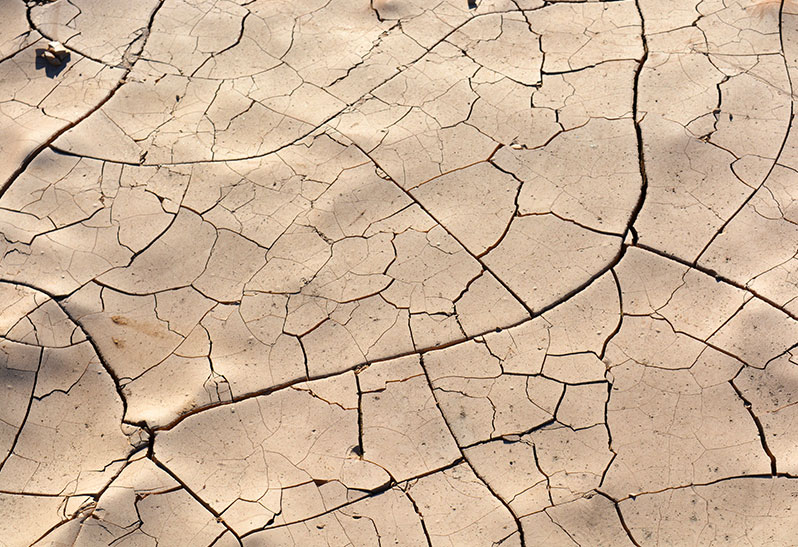 A sign of climate change: Major droughts and floods as extreme weather situations 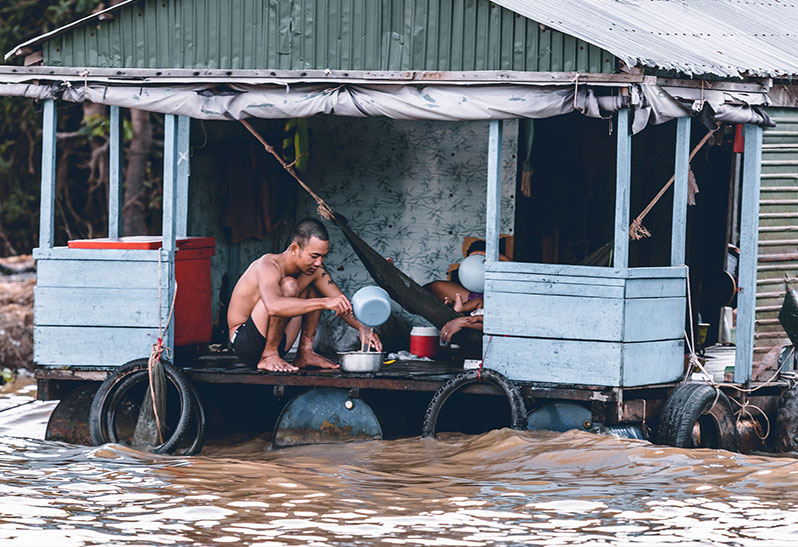 In North America, climate change will increase the pressure on water resources especially, which have already been placed under massive strain by the consequences of economic development. For instance, this will affect crop yields in the agricultural sector. In addition, a majority of the North American infrastructure is sensitive to extreme weather events and rising sea levels. If investment in infrastructure is not stepped up, this would further increase climate change vulnerability.

Water shortages are expected to become a central challenge in Asia due to higher demand and poor water management. It will be possible to produce food in many areas, thereby endangering food safety. Climate change will also exacerbate the broad environmental impact of rapid urbanization, industrialization and economic development, which will have consequences for the health, safety and livelihoods of people in these countries.

However, aside from all the risks, the report also considers the opportunities and identifies the sectors that could benefit from the changes. “For some areas and industries, climate change will also mean benefits, such as better harvests or reduced heating energy requirements,” said the report.

Let us take renewable energies, such as wind and solar power, as an example.

The process of building a renewable and decentralized energy system will create green jobs that demand new skills along the entire value chain – from research and development and mechanical and plant engineering to consulting and installation and maintenance, claim the experts. Renewable energies can mean rural areas in developing countries that are not connected to utility grids getting access to electricity, which will open up new economic opportunities.

“More renewable energies and more energy efficiency along value chains create sustainable jobs. It also means that countries can avoid having to import energy and can thereby safeguard the competitiveness of the European economy,” said Stefan Körzell, Chairman of the German Trade Union Confederation, quoting the report. Another crucial factor in containing climate change will be separating greenhouse gas emissions from economic growth. The sooner that companies realize this, the more they stand to benefit from their future development. Now more than ever, thinking about the consequences of climate change – including in terms of labor and employment – seems to be the order of the day.