If people weren’t familiar with it before, since all the hype in 2017 everyone has now heard of the digital currency Bitcoin. But what very few people know is that the technology behind Bitcoin, blockchain, could also play an instrumental role in the energy transition and the future of the decentralized utility grid. We’ll outline all the possibilities that blockchain could open up in the decentralized utility grid, and where the difficulties and risks still lie.

Basically, blockchain is a technology that can be used to store information in a tamper-proof format and make it accessible to people in a transparent way.

In principle, the blockchain is a bit like a file to which a new page is added every time a piece of information changes so that there is a transparent trail of every change ever made. In the blockchain, these pages are called “blocks.” And because a new block gets added to the existing blocks for every bit of new information, this creates a chain of information blocks – otherwise known as the blockchain.

The remarkable thing is that there is not just one of each blockchain, but umpteen thousand copies of them stored in umpteen thousand different places. The people responsible for this are known in blockchain terms as “miners”; in other words, participants in the blockchain who provide computing power for the encryption and verification operations. Only when a piece of information is available in at least 51% of the generated blockchain twins is it classed as verified. This makes it practically impossible to retroactively manipulate a block.

It is precisely this high level of security and transparency that makes blockchain so universally appealing for all situations where trust is paramount, for example contracts, official records or certificates. In the future, blockchain could be used in addition to trusted third parties such as notaries or even authorities – and even replace them altogether.

Smart contracts could use blockchain to automate notarization and business transactions, making them considerably faster and cheaper and also fit for the digital age.

Blockchain and the decentralized utility grid – a real power couple

In the particular case of the decentralized utility grid, in which there are no longer just a small number of power plants but a large number of small electricity producers, blockchain could give rise to some fresh and innovative offers. We have taken a look at some of the most exciting possibilities and the pioneering companies that are bringing blockchain to the power socket.

Buying electricity directly from your region

It is possible for consumers to buy electricity specifically from certain producers using blockchain. In other words, just as you can now buy your potatoes from the organic farm in the neighboring village, you can now also procure your electricity directly from the PV system of the local sports club.

The Wuppertal public utility company gives us an example of how it can be done. The world’s first municipal power supply company has been offering its customers a blockchain-based marketplace for regionally produced green electricity since 2018. It allows consumers to put together their own individual green electricity mix from solar power, wind energy, hydropower and biomass, and even specify from which supplier they would like to procure what type of electricity.

While in the beginning the service was still limited to producers and customers in the German Wuppertal area, a few technical improvements to the blockchain technology mean that it can now be used by producers, consumers and power supply companies all across Germany.
“We are seeing a trend of customers increasingly paying attention to things like regionality, sustainability and individuality, so the product is something brand new that offers just that,” says Alexander Kmita, Head of Sales at the Bremen public utility company, which was one of the first cooperation partners for the new blockchain platform from Wuppertal.

Other cooperation partners like EVH from Halle (Saale) believe that the blockchain platform offers a great opportunity to shape the energy transition at a local level and their thinking is along the same lines as that of Ulrich Jaeger, Head of Digitalization at the Wuppertal public utility company: “Municipal companies are not just keeping Germany running; they are also the forces of innovation driving forward the energy transition.“ 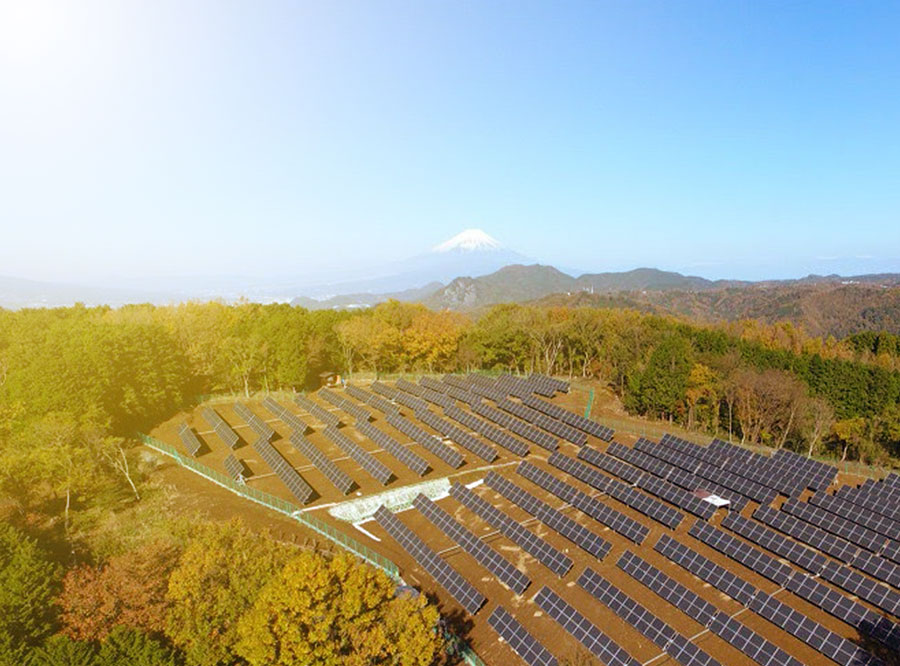 With a adaptable, blockchain-based platform, going forward tenants will be able to form investor groups that can procure electricity from power generators outside their own buildings, such as wind turbines and PV farms.

Something big is happening at SMA Solar Technology AG. The manufacturer of inverters and solar energy system solutions is planning nothing less than making the transition to a decentralized utility grid.

SMA has come up with an idea called JOIN: the electricity tariff for the energy transition at home, as SMA calls it. We asked Adam Wolf how it’s going to work. He is one of the SMA creative minds behind JOIN.

“The electricity tariff is just the beginning. From the outset, we want to use it to build a community of people who, like us, are advocates of a decentralized utility grid in Germany. In the long term, we want to turn JOIN into a platform on which the members of our community can exchange or trade their self-produced electricity among themselves using an automated process.“

For automatic peer-to-peer electricity trading to work, it requires a technology that is able to operate the processes securely and smoothly. Blockchain smart contracts may just be the perfect tool for this. Adam Wolf thinks so, too: “Blockchain is definitely an interesting technology for us and one that we’re keeping a close eye on.“

The fact that it is SMA, a hardware manufacturer, that wants to turn a decentralized utility grid in Germany into a reality with an electricity tariff may seem strange at first, but when you think about it more closely it makes logical sense, as Mr. Wolf tells us: “A piece of hardware is a fundamental requirement to take part in a decentralized system. This may be a smart meter or, in our case, an inverter. SMA inverters are the only inverters in Germany that offer a total power capacity of seven gigawatts. If we manage to get enough of our existing customers to join JOIN, this will immediately give us a very powerful, decentralized utility grid.” 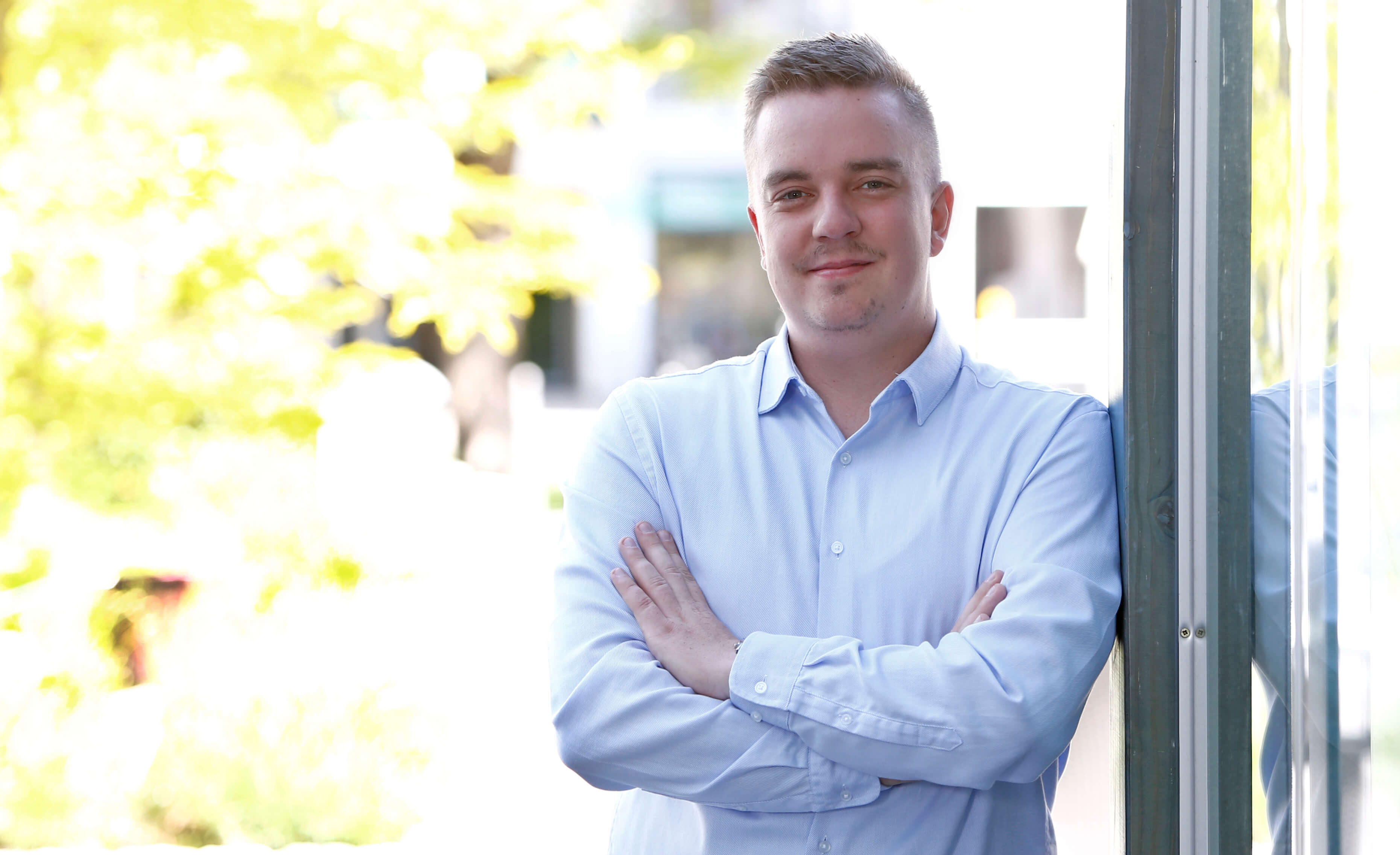 Adam Wolf, Digital Business Manager at SMA Solar Technology AG. He is one of the SMA creative minds behind JOIN, the electricity tariff for the energy transition at home.

Blockchain-based peer-to-peer trading in clean energy also has another interesting side benefit. It could make investments in private-use PV systems, for example, pay off for even longer than before, promises Mr. Wolf: “With JOIN, PV system owners whose subsidies under the Renewable Energy Sources Act (EEG) have run out could sell their surplus electricity at better conditions than those offered by the utility grid. This would make their investment pay off for even longer.”

In the decentralized utility grid of the future, houses and apartments could take on fascinating lives of their own. When paired with smart home appliances, properties could autonomously optimize their own energy consumption and even purchase the electricity they require completely automatically.

It is blockchain smart contracts that have the potential to make this happen. Homeowners could configure a single setting, for example, indicating that they only want to use solar energy that is produced in the local region at a set maximum price. If the electricity supplied by a particular generator in the same blockchain met the criteria and the current energy demand of the home, a contract would automatically be formed – without the involvement of any distributors or facilitators like electricity exchanges.

This is also one of the biggest advantages of using automated electricity purchasing via blockchain, because not using facilitators who trade in energy is likely to reduce the overall energy costs for consumers. Corporate consultancy PricewaterhouseCoopers came to the same conclusion in its study, which it conducted in 2016 on behalf of Verbraucherzentrale NRW (consumer advice center): “Blockchain – an opportunity for energy producers and consumers?”

Disadvantages and risks that blockchain poses in the decentralized utility grid

Blockchain has the potential, through its interactions with a decentralized utility grid, to change the energy landscape to benefit consumers. But for all its advantages, one also has to consider what disadvantages this very new technology might hold. Some of them are just teething problems, but others are serious.

Blockchain is an energy guzzler

To provide maximum data security in such an important application as energy supply, a blockchain must be validated continuously by lots and lots of computers within complex computing operations – and these computing operations require a huge amount of electricity. Dutch economist and blockchain specialist, Alex de Vries, puts the annual electricity consumption of the Bitcoin network at a whopping 32.68 terawatt hours, which is more than the annual electricity consumption of Ireland. The 2018 Germanwatch study “Blockchain – Opportunities and threats for the energy transition,” which was funded by the Federal Ministry of Education and Research, therefore comes to a clear conclusion: “[…] there can be no doubt that the levels of energy intensity currently demonstrated by the Bitcoin and Ethereum networks are entirely inconsistent with a low-emissions future […]”
While options do exist to sate some of blockchain’s energy hunger, all of the methods used so far come at the expense of network security, and cannot therefore be considered credible alternatives.

Blockchain is too slow

In its current form, blockchain is anything but fast. The Bitcoin network manages a maximum of seven transactions per second. This is far too slow for the processes involved in the energy industry. Just to compare, the European power exchange, the EPEX Spot in Paris, carries out as many as 200 transactions a second.

However, this speed issue could be improved in future blockchain versions. The blockchain system Ethereum has already announced that it will soon be able to perform up to one million transactions a second.

Lose your key, lose everything

Changes to the blockchain can only be made using your own personalized key. If this key is lost, the strong level of encryption means that access to the blockchain is also irretrievably lost, along with anything of value stored in it. For PV system operators, this would mean, for example, that they are no longer able to access the proceeds their systems have generated. The greatest security element that blockchain has to offer could thus also become its greatest conundrum.

One thing seems certain: blockchain is going to become part of our energy landscape. But whether it becomes a mainstay and driver of a clean, decentralized utility grid or just a supplement hinges largely on whether blockchain technology can get to grips with its hiccups in future versions. One thing’s for sure though: the energy landscape is going to change dramatically in the future, and that is something we consumers can look forward to.