PV systems can be installed on many commercial and industrial buildings, both new and old. They will reduce your company’s carbon footprint and help to cut your electricity costs significantly. This is why, with new buildings especially, you should factor in a PV system right from the design phase. We’ll tell you everything you need to know.

Companies with production and warehouse facilities have plenty of roof space to accommodate a PV system (Generate solar power and use it effectively » Business | SMA Solar). In the case of existing buildings with pitched roofs, you should first check the structural analysis, especially in areas exposed to a high winds or heavy snowfall. As the owner, this is your responsibility, but any reputable solar technology specialist will be happy to do this for you (and include it in the services provided). The additional load on the roof caused by the PV system depends on the type and pitch of the roof, but the roof should be capable of supporting at least an extra 25 kg/m². Many states and local authorities in Germany have now created solar land registers (such as this one from the state of Hesse) that can provide some initial guidance regarding whether the roof of an existing building is suitable for a PV system.

Bavarian furniture-maker himolla installed more than 2,800 photovoltaic modules with Sunny Tripower inverters from SMA on the roof of its warehouse in 2016. The system produces the most electricity during the day when production is running at full speed. Most of it is used on site. 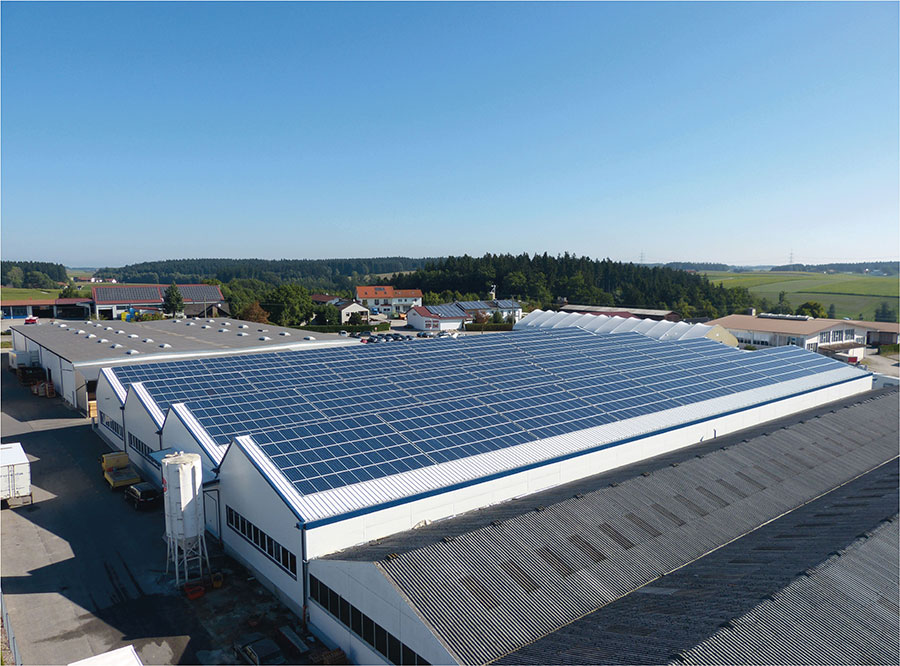 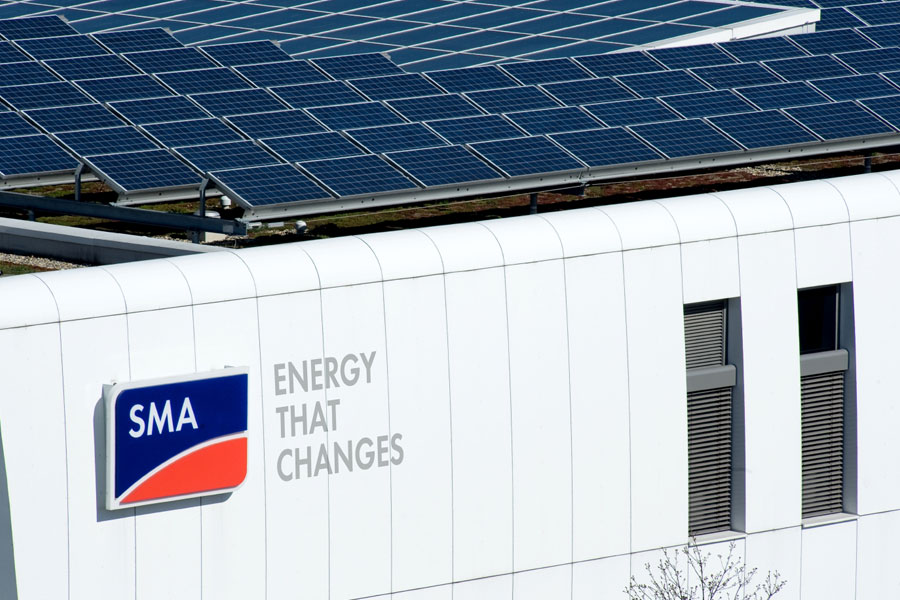 The biggest yields will come from a PV system that faces south. A southeasterly or southwesterly orientation is almost as good, producing yields only five to ten percent lower. Roofs facing east and west are also still perfectly usable; yields may be lower, but the sun will shine on the roof for more of the day. The more unfavorable the roof orientation, the flatter the angle at which the modules should be positioned. Even north-facing roofs are not out of the question for PV systems, although annual yields will be up to 40 percent lower than in the case of a south-facing roof. Go here to find out why north-facing systems can still pay off. Sunny Design from SMA will come in handy during planning. This is free software that you can use to configure and optimize your PV system, including a shading analysis.

The optimal roof pitch for a south-facing PV system in Germany is roughly 30 degrees. Because the angle of incidence of light from the sun is not the same everywhere, the roof pitch can be a little steeper further north, where it is best at more like 35 degrees. The further the roof is from the optimal southward orientation, the more important its pitch becomes. A flatter angle is advisable at this point, because if the roof is too steep, the modules can sometimes end up casting shade on each other. The roof pitch is a factor in the self-cleaning characteristics of the systems as well. To ensure that snow and rain can run off easily, the angle should not be any less than 10 percent. 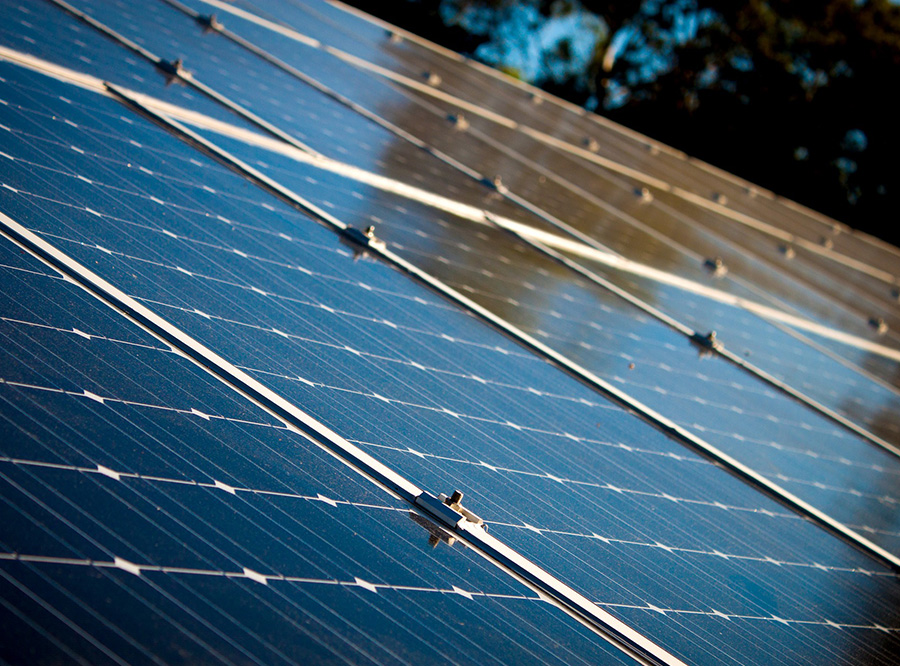 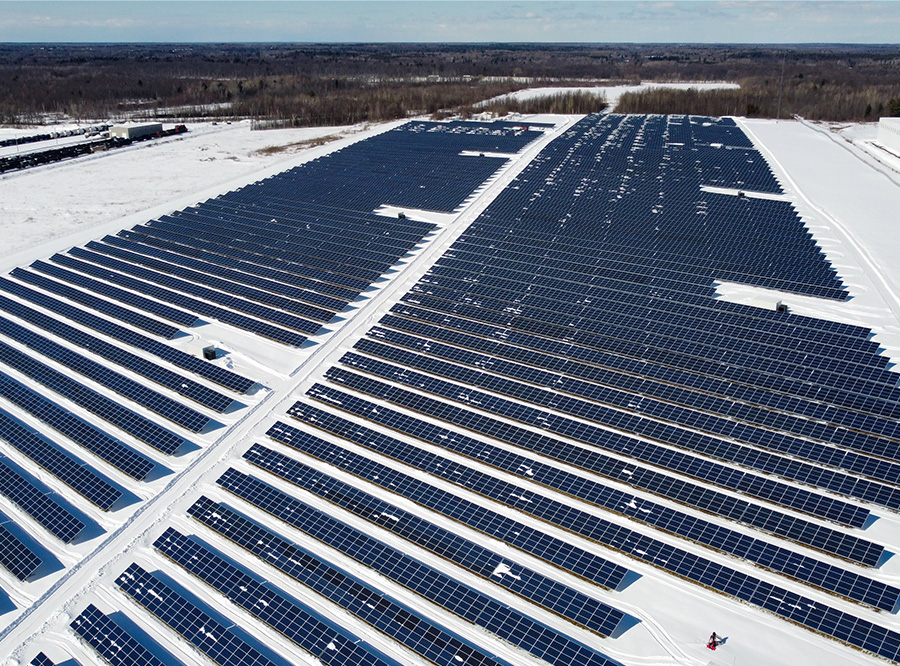 Before planning begins on a PV system, a check should be performed to ascertain whether it is compatible with the grid. This is essential if the electric current generated is to be fed into the utility grid. The application needs to be submitted to the local grid operator, which will then determine whether the local utility grid can accommodate the solar power generated or whether it would be overloaded.

Company parking lots are ideal candidates to be covered over with PV systems. This provides an additional use for the paved area and helps to improve the company’s carbon footprint. In addition, electric vehicles can be charged on the solar power generated right there in the parking lot – for example, using the new SMA EV Charger Business, SMA’s fully integrated charging system for electric vehicles. With this system, charging infrastructure for individual charging points or charging stations with multiple charging points can be implemented quickly and easily. Other charging systems are available from Elexon, a joint venture between SMA Solar Technology AG (SMA), AixControl GmbH and aixACCT charging solutions GmbH. Plus, with software-based energy management from SMA subsidiary coneva, you can save money and improve the energy efficiency of your charging infrastructure. 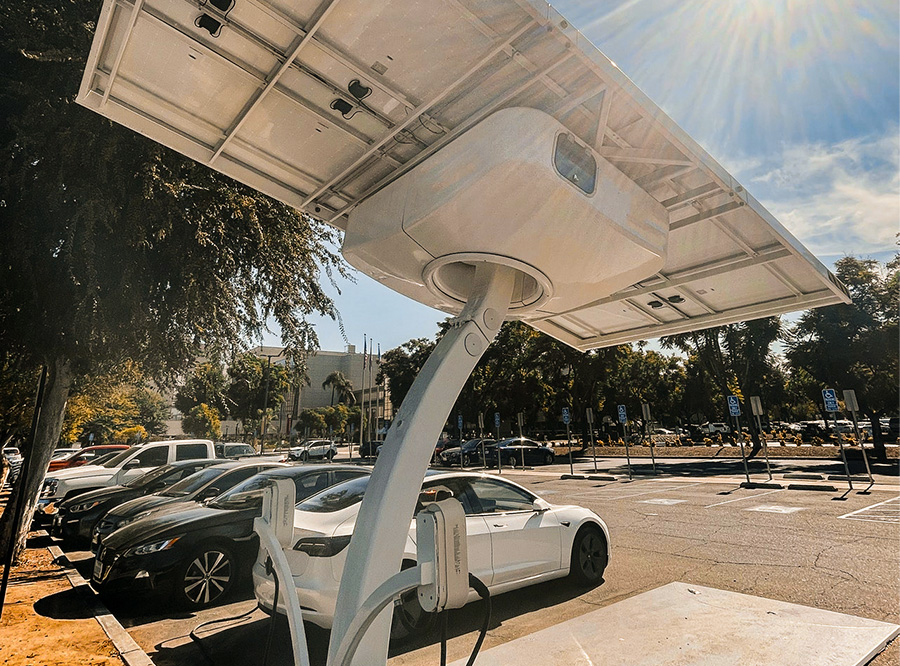 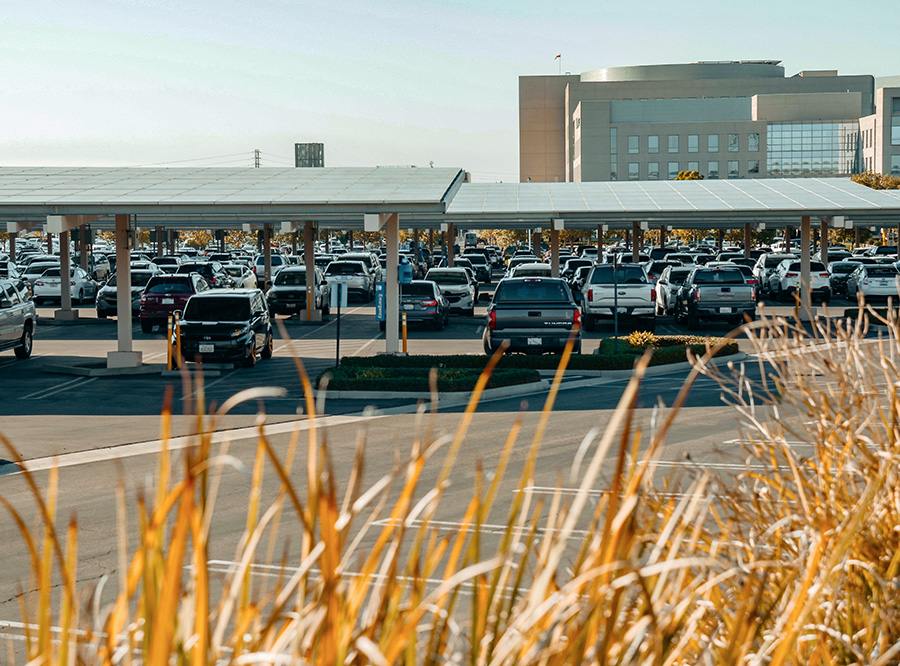 In some places, especially in business parks and industrial areas, ground-based PV systems offer an alternative to roof-mounted installations. Wasteland that has previously been used for commercial, industrial or military purposes is considered suitable for development in accordance with Germany’s Renewable Energy Sources Act (EEG). The change of use resulting from the installation of a PV system means that the system may be eligible for a feed-in tariff. It is important to note, however, that the area must be expressly designated for power generation by the local authority.

At the end of 2021, PV systems producing a total of around 59 GWp were installed across Germany. Roughly 75% of these were roof-mounted, while the rest were ground-based PV systems. To scale power in the course of the energy transition and to avoid disputes over ground-based PV systems, PV technology will have to be integrated in building envelopes as well as in vehicles, roadways, farmland and bodies of water. Building integration alone could provide enough space for 1,000 GWp! With Integrated Photovoltaics – Activating Surfaces for the Energy Transition Dr. Harry Wirth from the Fraunhofer Institute for Solar Energy Systems has provided a handy guide to the options for using integrated photovoltaics.