The municipality of Wüstenrot in Heilbronn, Germany, which you would otherwise associate only with the building society of the same name, was completely average until 2007. Having just 6,500 inhabitants, it is one of the smallest communities in the Heilbronn district and — like a great many rural areas — is suffering from the effects of demographic change.

It was precisely this averageness that formed the cornerstone for a pilot project in 2007 to turn Wüstenrot into an “energy-plus community“ by 2020 — in other words, a community that produces more energy than it consumes by way of a decentralized energy supply. It sounds too good to be true. But is it?

It was the energy transition that was the catalyst for the project. To ensure that the transition will be successful, one thing Germany wants to do is reduce energy consumption in buildings. The country’s zero-energy building standard is even expected to pave the way towards the creation of a completely climate-neutral building stock by 2050. After all, as of 2010, building maintenance accounted for nearly 38% of Germany’s total energy consumption. New technological developments in the energy supply segment have the potential to make considerable savings in this respect. A building with an optimized heating system alone already consumes 75% to 90% less energy than a building with a conventional heating system.

In mid-2010, the European Union laid the foundations for the future energy standard with its new Energy Performance of Buildings Directive stipulating that initially only public buildings, and then all other newly erected office buildings starting on December 31, 2020, should be “zero-energy buildings.” But what exactly do the terms “zero-energy building” and “energy-plus house” mean? And what is their connection to the “passive house?” 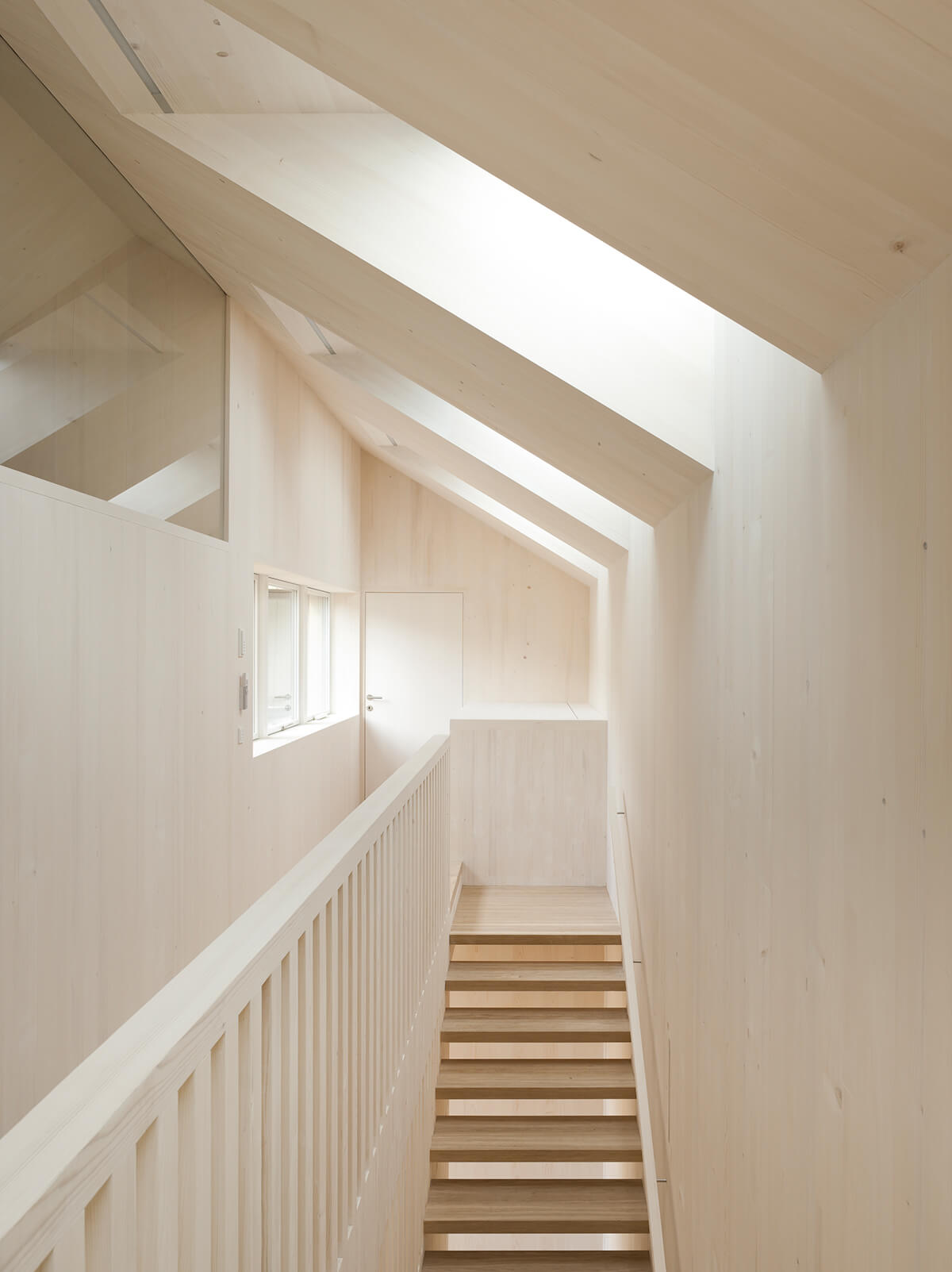 The passive house: This forms the basis for zero-energy buildings. The idea behind it is to consistently optimize energy consumption. This building type manages without an active heating system like a central heating system that runs on oil or electricity, for example. The required heat is generated through passive means, through structural extensions, such as optimized thermal insulation in the masonry, glazing, doors and windows, or using a heating system powered by sustainable methods, such as solar energy. Large, south-facing window fronts are a key design element in this regard. The structural fabric of a passive house also features an optimized ventilation system with heat exchangers to refresh the air and a heat recovery unit. 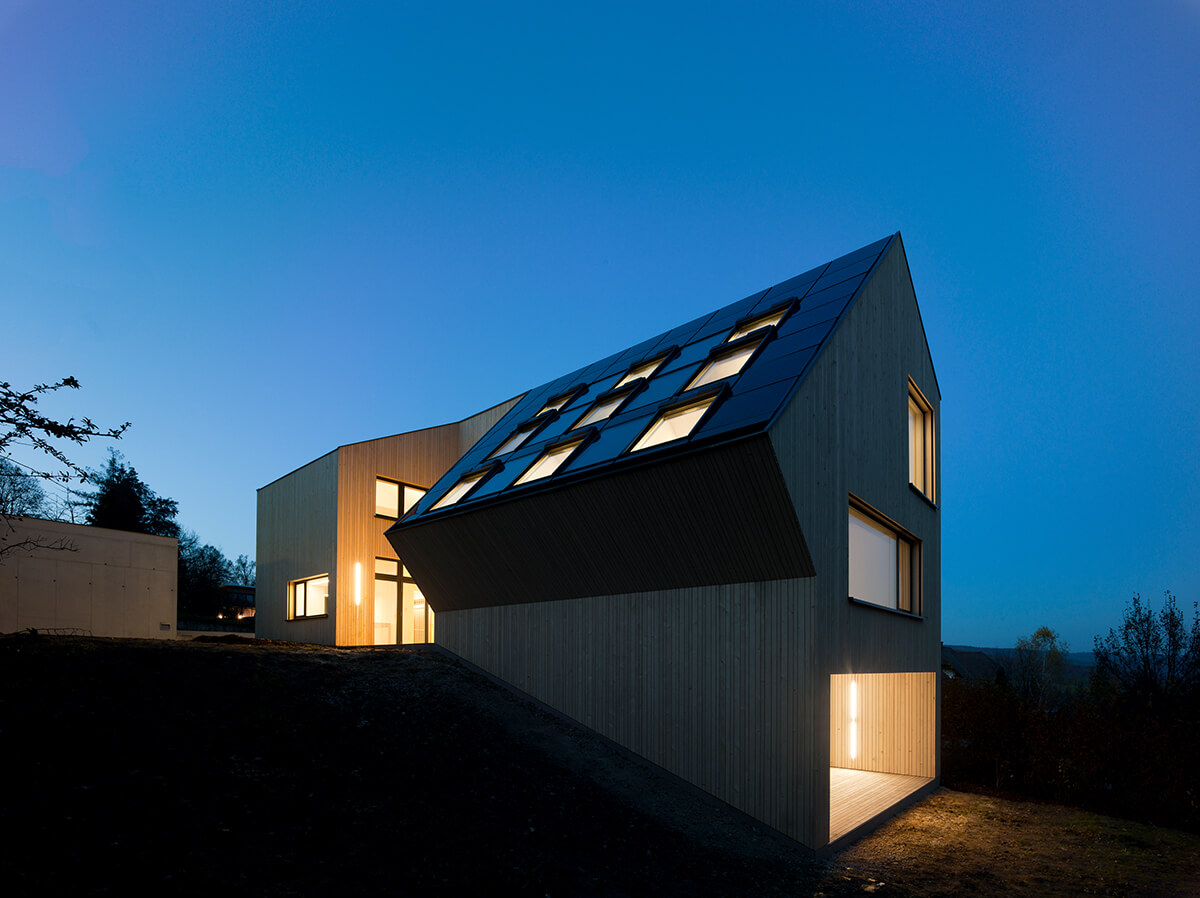 Adam Mork
The Sunlighthouse is the first CO2-neutral detached house in Austria.

The zero-energy building: This is the logical evolution of the passive house. Here, passive house technology is also used to drastically lower the general demand for energy. However, any remaining demand is met with self-generated electricity, preferably through a PV system. The aim with this building type is to manage entirely without any additional energy imported from external sources, with the synergy effects ultimately resulting in zero net energy consumption. This means that only as much energy is produced as is consumed, resulting in a net energy balance of zero.

The energy-plus house: This house takes things one step further. An energy-plus house features a PV system designed in such a way that it produces more energy than the building, which has been optimized along the lines of a passive house, actually requires. In this case, the house produces a continuous and stable supply of surplus energy that can be sold. As with all three concepts, the annual average principle applies: if the total yield of electricity sold exceeds the total costs of energy purchased throughout the year, the building can be classed as an energy-plus house.

The German Federal Ministry for Economic Affairs and Energy sponsored Wüstenrot’s conversion to an energy-plus community with funds of €3 million. But how come an average community was chosen as the model for the advanced energy concept? The answer lies in what is known as the generalizability of the project, as the energy transition process initiated locally has the potential to be transferred to other areas. Access to renewable energy sources poses a problem for most German communities, just like Wüstenrot. This is compounded by the fact that they have relatively weak local economic structures and existing infrastructure. At first glance, the project seems like a mammoth undertaking, if you consider the matter of having to disconnect the town from its existing electricity grid and the systems that are already integrated into the buildings, but the community is proving that it can be done — step by step.

To date, the community has managed to establish a local energy supply company, take local authority ownership of the local electricity grid and construct a new housing development consisting only of energy-plus homes. To generate an adequate supply of electricity, these homes were fitted with PV systems and an integrated heating concept based on a cold heating grid, agrothermal collectors and heat pumps. The innovative planning of the community is a particularly interesting aspect of the project. Wüstenrot is sending a signal here, too, as it is the first community in Europe that has opted to use an agrothermal concept for its cold heating grid. Put simply, an agrothermal system produces low-temperature heat from arable land. The goal is now for the rest of the community to reach energy-plus status as well so that it can be completely energy self-sufficient by 2020. Further follow-up projects are in the pipeline in addition to the installation of a small-scale pilot wind power system.

The benefits are being subsidized

The number of houses in Germany that, like in the Wüstenrot example, have undergone energy-saving refurbishments or have been rebuilt between 2006 and December 2016 is 4.6 million. Both energy-plus houses and zero-energy buildings are eligible for funds from incentive programs, most notably KfW and BAFA funding. A number of German federal states are also subsidizing construction of these building types. Other initiatives such as “EnEff.Gebäude.2050,” “Solares Bauen” from the German Federal Ministry for Economic Affairs and Energy  and the “Solar Decathlon” student competition are setting standards in the research, teaching and practice of energy-efficient construction.

The whole premise, as the Wüstenrot example shows, is that the targeted measures not only reduce CO2 emissions, but also boost local added value, enable greater independence and strengthen social cohesion in the community. There are numerous refurbishment and new-build projects that are yielding equally positive results, but there are also obstacles standing in the way of the development of a climate-neutral building standard. Costly modifications, complex planning and a lack of national standards are all complicating the process of achieving greater energy efficiency. In conclusion, there is still hope that sustainable projects like the one in Wüstenrot will continue to be earmarked for subsidies and incentive programs and that even more communities will adopt the energy-plus standard in their buildings.